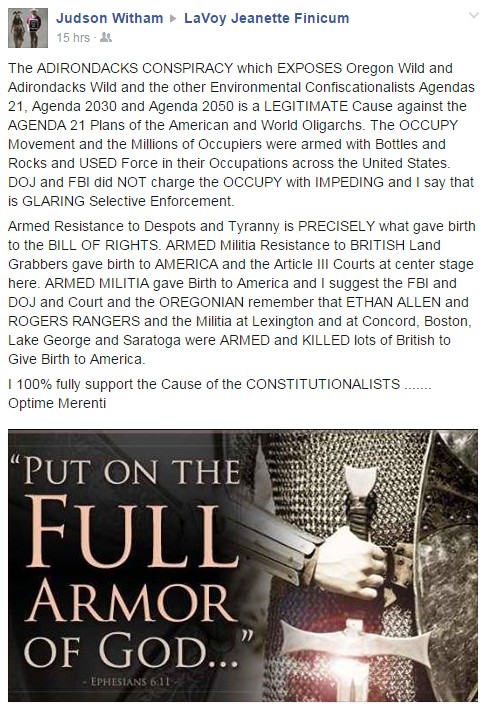 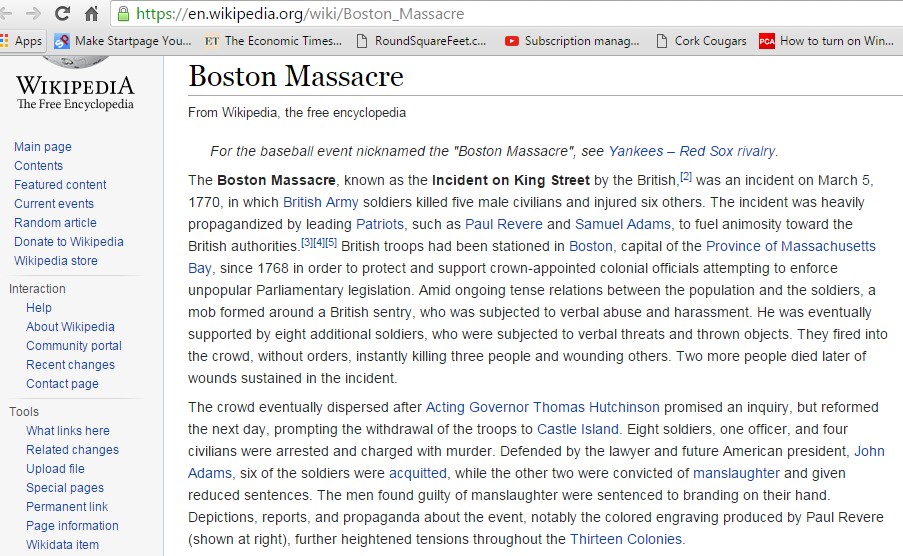 Conspiracy Outpost
BURNING Questions The Rubicon Crossed by Witham Judson FIRST THING ...... Is There ANY direct contact to the Refuge ??? . SECOND ...... In all Wars for Justice there are Battles ...... During these Wars for Justice there has to be Com Lines ....... CK All COM LINES and do NOT ...... I repeat DO NOT Trust ANYONE ....... Unless You are SURE Who They Speak For. At this time FBI is engaged in a Law Enforcement Action ....... Be Aware.
Vetting is RIGHT HERE ....... google.com/?gws_rd=ssl#q=Land+Swindle+Bank+Looting+Speculation+Panic+Toxic++Zombie
BREAKING UPDATE BURNS OREGON FBI SPEAKS WITH AMMON! by Blaine Cooper https://youtu.be/0XgMgbfmV4c​​
Ammon Speaks with FBI about an Investigation that may take place into the BLM and many other agencies......... 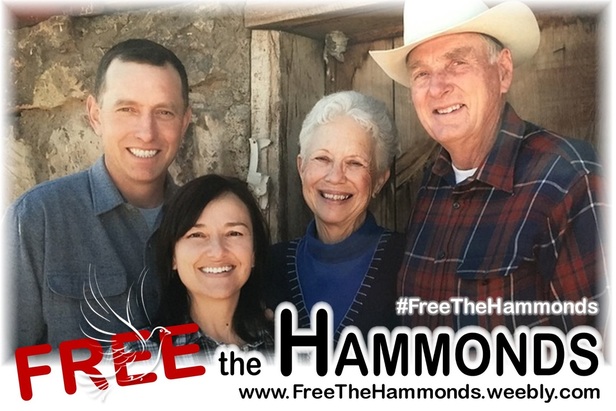 ​Ok, let's cover this again for the newbies. Anyone taking an oath of office in the occupied USA loses his American citizenship upon taking such oath and becomes an agent of the United Nations (USC Title 20). The COUNTIES are listed on Dunn and Bradstreet as for profit business enterprises. The Sheriff only falls under the Constitution for the first 12 hours after taking oath then reverts to being a corporate employee of the ALTER EGO occupying corporation which is a subsidiary and alter ego of the US/UN under the Federal Trade Zone Act. The Sheriff has jurisdiction over the corporate property and the corporate employees. He exists solely "to arrest code breakers and protect the assets of the corporate STATE." So says the Courts. What matters is that the Constitution was unlawfully suspended under the emergency War powers and we have been under perpetual martial law ever since. You have to fix that problem first before we can go forward with the new Republic and a Constitutionally elected Sheriff for the people. The big boys know this! It's about time the rest of us wised up to it. Peace through superior knowledge and understanding. Feelings, opinions and wishful thinking are all as useful as blind hope. The militia is acting like a child locking itself in a bathroom until it gets its way. We are better than this! We are smarter than this! Let's all quit acting like misguided nitwits and get our affairs in order and break the adhesion contracts before this stuff happens so that we can lawfully deny them jurisdiction instead of acting like the disgruntled unpaid federal employees that the majority of us are and don't even know it. We all have immunity from prosecution under 28 USC, section 1603; The Foreign Sovereign Immunities Act. If we don't assert our position in the Court in initial pleadings then we get to be their captive property. Lets help each other by sharing education and not causes. God bless you all for your resolve but lets get it right before someone gets hurt. It wasn't your decision to accept the verdict of the Court. We all have free will on our soul journey. It is different for each of us, but we must press on, assess what we have learned and prepare for the next battle! May the Lord watch over all of you with divine protection. SOURCE OF COMMENT
Sheriff Mack on Oregon Standoff: “you never know what this corrupt government is going to do."
by Ben Swann ​https://youtu.be/ZBgPgjYqe0g
Truth In Media’s Joshua Cook spoke with Sheriff Richard Mack Wednesday about the Hammond family of Oregon, whose conflicts with the federal government led to the widely-reported occupation of the Malheur National Wildlife Refuge headquarters in Burns, Oregon. 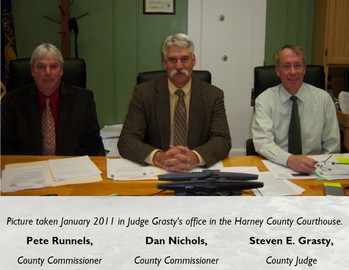 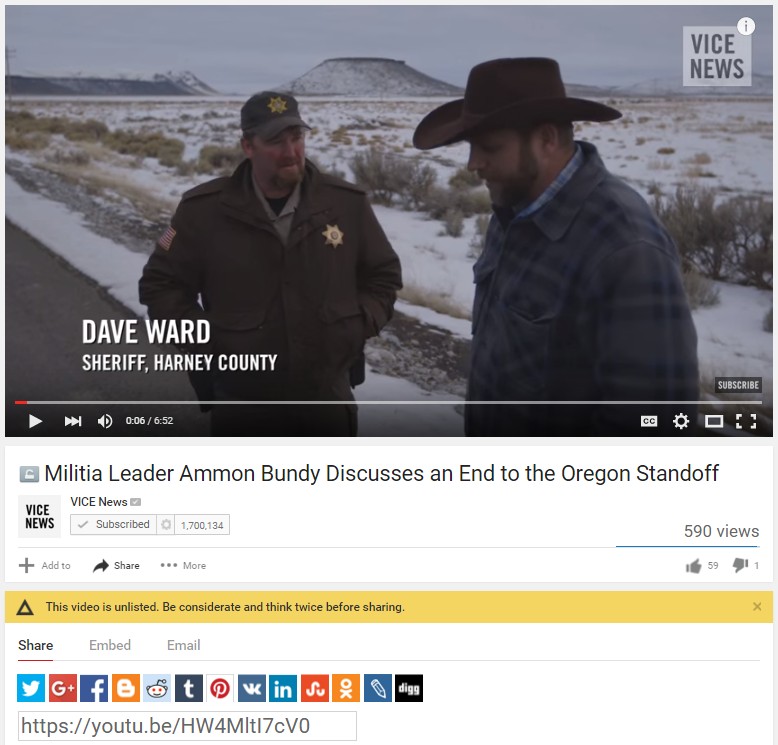 The First Amendment (Amendment I) to the United States Constitution prohibits

I Stand For PRO Constitutional Government
#‎Citizens4ConstitutionalFreedom‬ #‎OregonFront‬ #OregonUnderAttack #‎Tradition‬ ‪#‎DomesticTerrorism‬ #‎Agenda21‬ ‪#‎Communist‬ ‪#‎Stalin‬ ‪#BurnsOregon ‬#YallQaeda #YeeHawdists #HarneyCounty #BurnsOregon ‬#YallQaeda #YeeHawdists #HarneyCounty @BurnsOR
The Declaration of Independence: A Transcription
IN CONGRESS, July 4, 1776.
​
The unanimous Declaration of the thirteen united States of America,
When in the Course of human events, it becomes necessary for one people to dissolve the political bands which have connected them with another, and to assume among the powers of the earth, the separate and equal station to which the Laws of Nature and of Nature's God entitle them, a decent respect to the opinions of mankind requires that they should declare the causes which impel them to the separation.

We hold these truths to be self-evident, that all men are created equal, that they are endowed by their Creator with certain unalienable Rights, that among these are Life, Liberty and the pursuit of Happiness.--That to secure these rights, Governments are instituted among Men, deriving their just powers from the consent of the governed, --That whenever any Form of Government becomes destructive of these ends, it is the Right of the People to alter or to abolish it, and to institute new Government, laying its foundation on such principles and organizing its powers in such form, as to them shall seem most likely to effect their Safety and Happiness. Prudence, indeed, will dictate that Governments long established should not be changed for light and transient causes; and accordingly all experience hath shewn, that mankind are more disposed to suffer, while evils are sufferable, than to right themselves by abolishing the forms to which they are accustomed. But when a long train of abuses and usurpations, pursuing invariably the same Object evinces a design to reduce them under absolute Despotism, it is their right, it is their duty, to throw off such Government, and to provide new Guards for their future security.--Such has been the patient sufferance of these Colonies; and such is now the necessity which constrains them to alter their former Systems of Government. The history of the present King of Great Britain is a history of repeated injuries and usurpations, all having in direct object the establishment of an absolute Tyranny over these States. To prove this, let Facts be submitted to a candid world.
READ IN FULL Declaration of Independence
Secrets are In Coded in Plain Site Because of the Laws of Free Will. As﻿ Silence Equals Consent in the Law if You Are Not Conscience of These Secrets Then the Elite Have Your Consent to Do Any Manner of Evil.  (This is Your Power As You Speak It YOU Take It Back)  I DO NOT GIVE MY CONSENT TO THESE THINGS AND WELCOME YOU TO WAKE UP AND WITH DRAWL YOUR CONSENT TO BE RULED BY SECRECY.  Help Awaken More People and PASS IT ON! Source Credit: Enterthe5t4rz 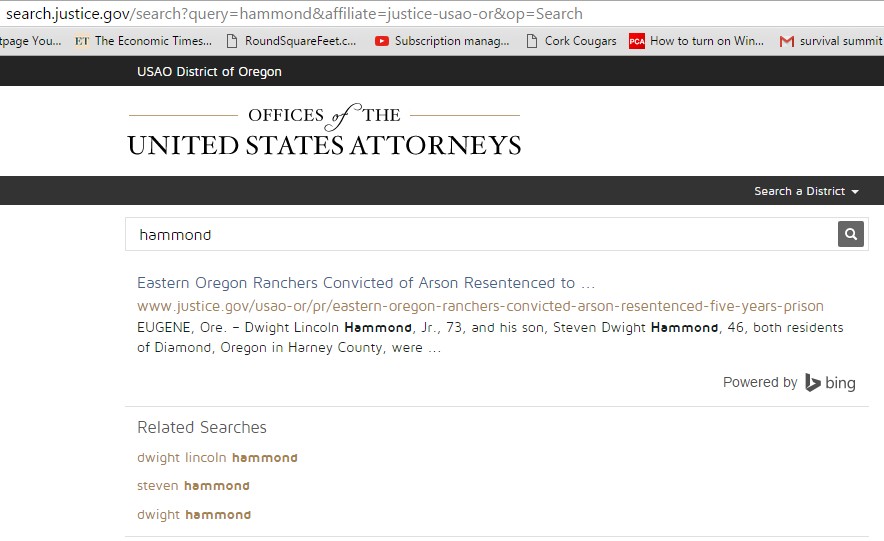 Here’s What Happened When These Unarmed Native American Sisters Defended Their Land from the Feds
http://usuncut.com/resistance/dann-sisters-brutalized-by-blm-defending-land/ 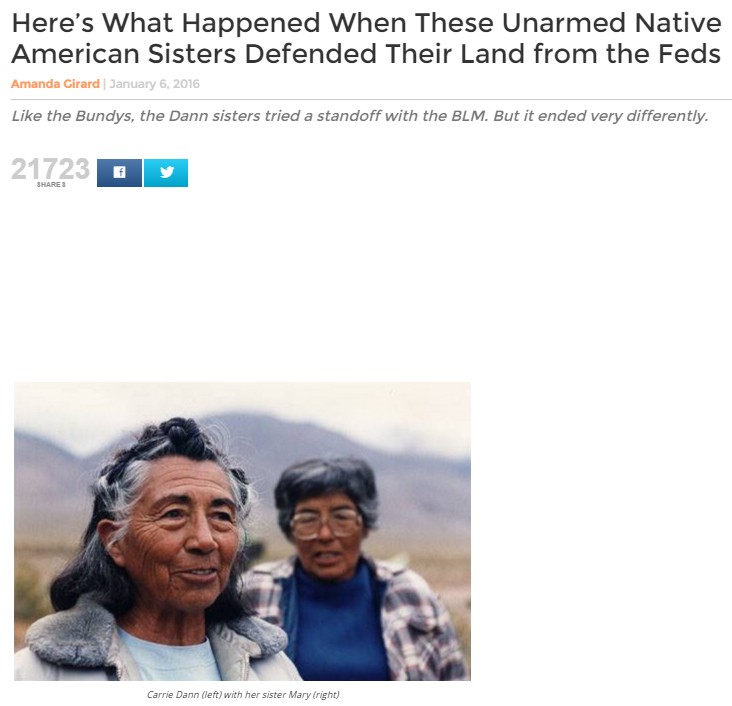 Gov’t Tells Texas Rancher His Land No Longer Belongs to Him — He Knew It Was Serious When He Claims Official Said These Six Words
http://www.theblaze.com/stories/2015/10/15/govt-tells-texas-rancher-his-land-no-longer-belongs-to-him-he-knew-it-was-serious-when-he-claims-official-said-these-six-words/?utm_source=facebook&utm_medium=story&utm_campaign=ShareButtons 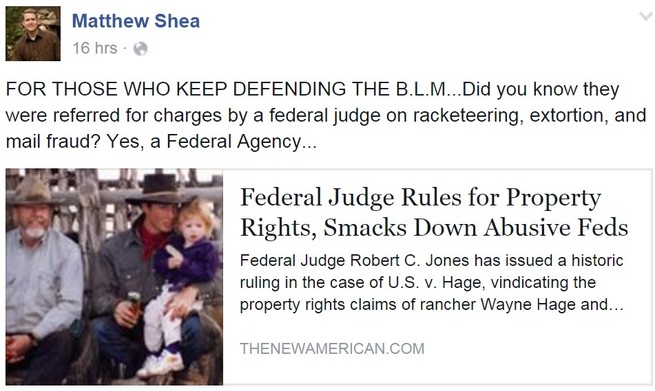 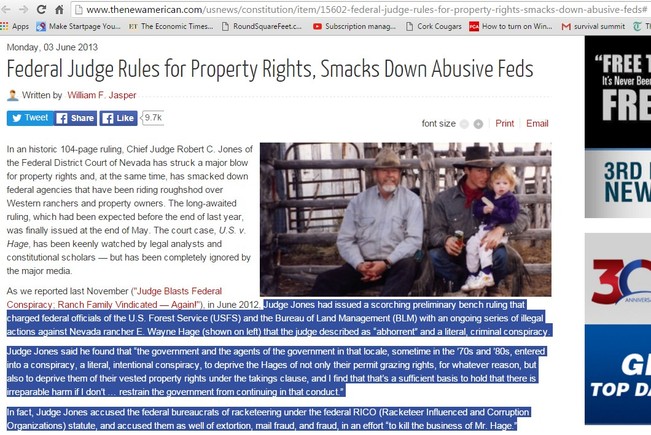 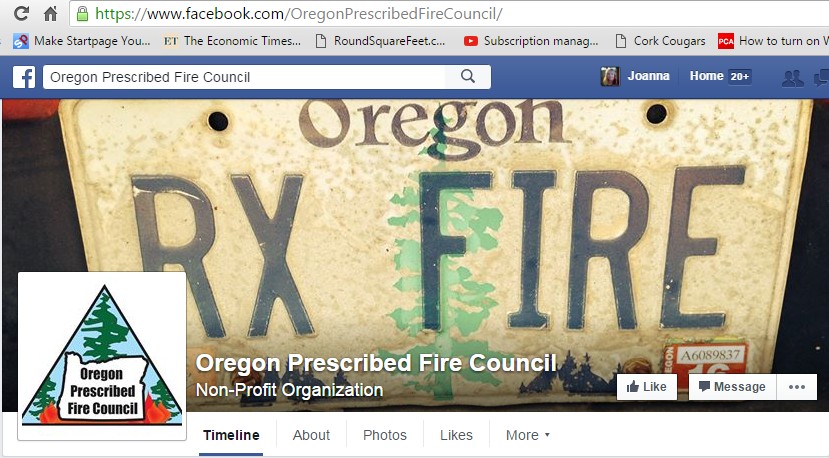 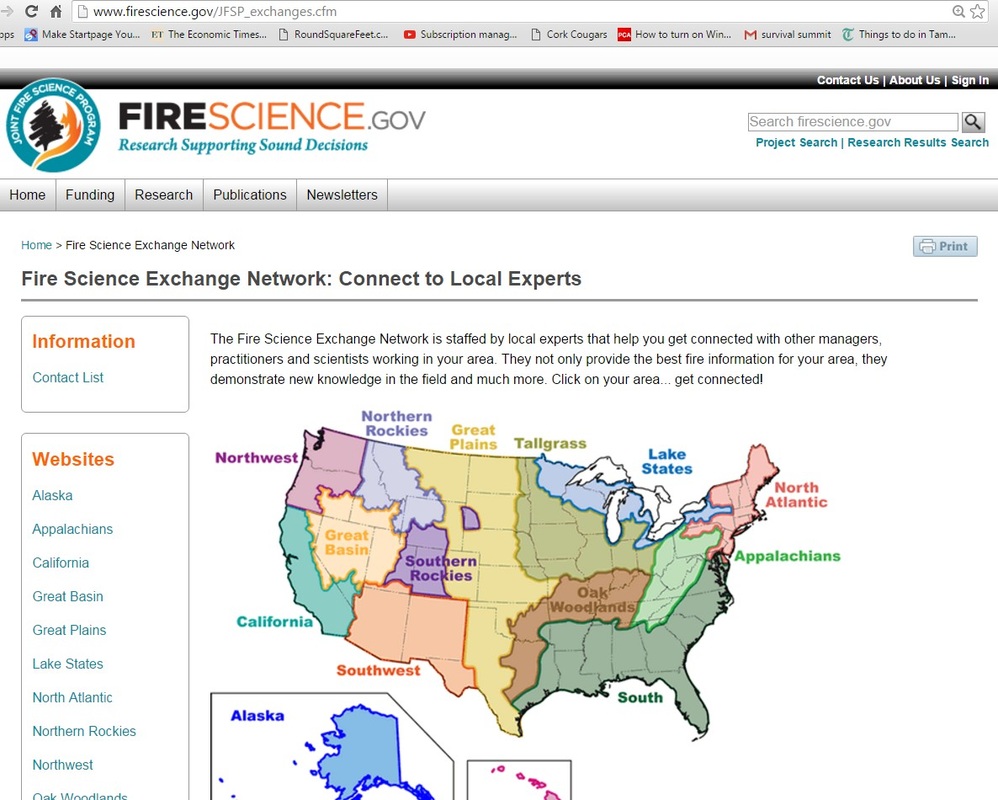 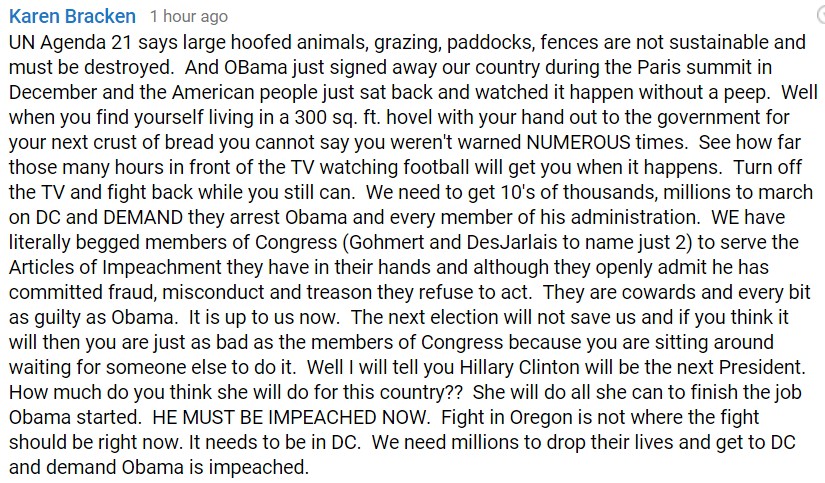 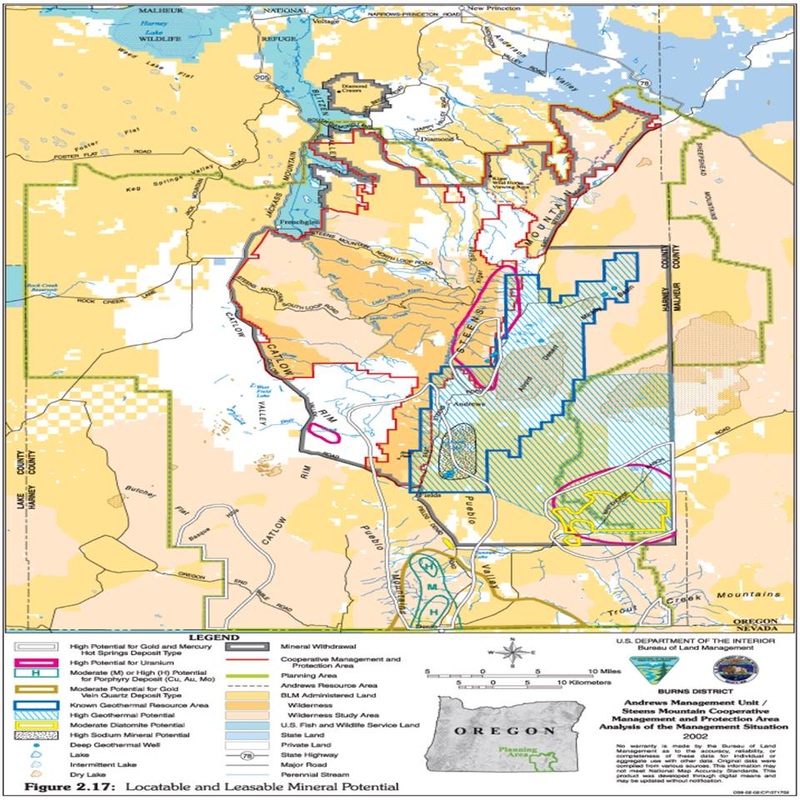 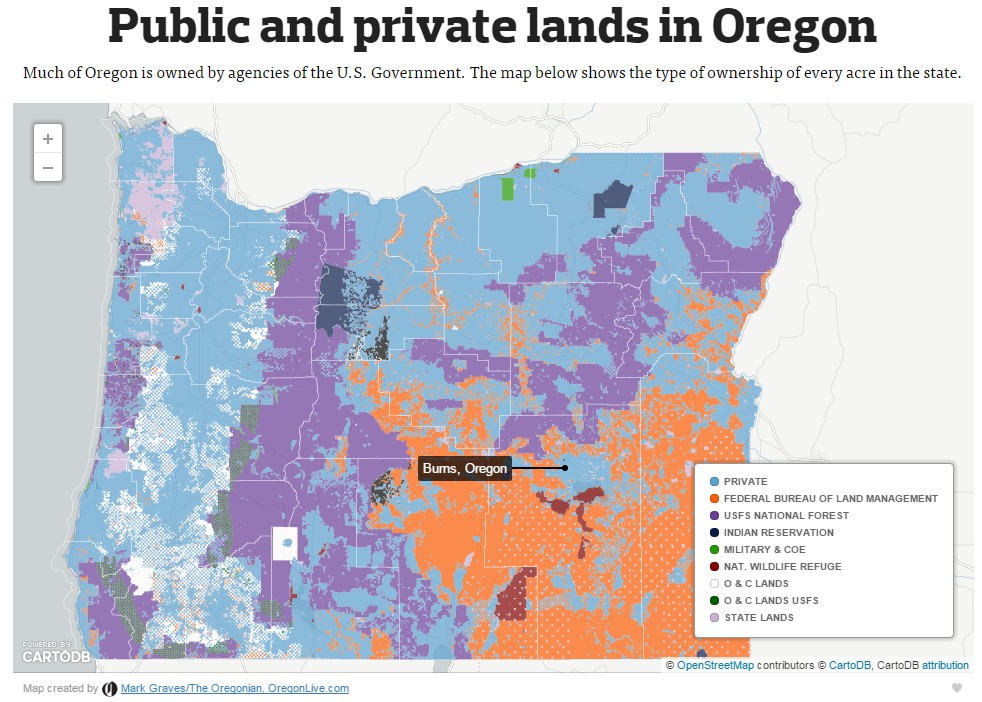 Delphi Technique - What Is It? By Lynn M Stuter http://www.propertyrightsresearch.org/delconfrms.htm​    l    http://www.freedom21.org
Let's WE THE PEOPLE Wake Up the Networks to the Real Truth of the Story
Ammon Bundy - Malheur National Wildlife Refuge Headquarters of a U.S. Wildlife Refuge in Rural Southeastern Oregon  - Burns, Oregon - Provocateurs

The right to petition government for redress of grievances is the right to make a complaint to, or seek the assistance of, one's government, without fear of punishment or reprisals. The Article 44 of the Charter of Fundamental Rights of the European Union ensures the right to petition to the European Parliament.[1] The right can be traced back to the Basic Law for the Federal Republic of Germany,[2] the Bill of Rights 1689, the Petition of Right (1628), and the Magna Carta (1215).
The Constitution is the supreme law of the land in the United States. Learn more about our founding document.